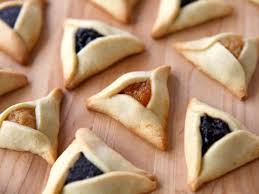 What a year - with Zoom replacing regular meeting, bringing many new "virtual" people to our community.
The Presser Committee usually plans one social justice event a year, but this year we are on a roll.  We've planned many Purim events to help us stay connected.

Thanks to all who have helped pull this off!

Chag Sameach from the Presser Gang:

Here is how we've organized the four mitzvot of Purim

1. Mishloach Manot (Gifts of food to our friends)

Bags of love, in the form of goodies, are being picked up today by those who sent back the form.

Fredi Cooper (thanks for the recipe!)

Howard Spodek (see his note on the baklava!)

2. Matanot L’evyonim (Gifts to the poor)

Dorshei Derekh has donated $500 to each of the following three local organizations.  We encourage you to learn about these organizations and lend your support:

Additionally Debrah Cohen is delivering 15 bags of goodies (our bakers really outdid themselves!) to her clients and to the Germantown Fridge, with a note explaning Purim gifts.

We encourage you to join GJC for Megillah reading on Purim night, February 25, and on Purim morning, February 26.  See GJC emails for timing and details.  In addition, Dorshei will be hosting a Melaveh Malkah (a special gathering for escorting Queen Shabbat on Saturday night) on February 20 to prepare for reading the Megillah.

Listening for the Voice of Queen Esther

Join Rabbi Malkah Binah Klein for an intimate evening of creative encounters with Queen Esther, the heroine of the Purim story known for her courage, beauty, connection with spirit, and friendship.   Bring pen and paper, as there will be opportunities for writing, and if you are so moved, wear some jewels or a crown.

We won’t literally be feasting together this year; however, we will be coming together as a community for a feast of joy, on Purim Day, just before Shabbat.  Join us, even if you have traditionally thought that Purim isn’t your thing.

Come sing, play, and laugh, and most of all, let loose your inner, zany child with special guests Rebekka and Gedalia.  Silly hats/costumes are welcome. The Zoom link has been shared.

Posted by Betsy Teutsch at 10:16 AM No comments:

Hello, Shabbat Shalom! Thank you so much for allowing me to share some Torah today for the Presser Shabbat.

This parasha is a beautiful but difficult set of stories, and I'm hoping that we have a meaningful discussion of them. This parasha, Vayeshev, begins the story of Joseph and his famous many colored coat, and his even more famous betrayal by his brothers. It then digresses into the story of Judah and Tamar, which I´d like to discuss.

If you are new to the story, as I was, Judah (Joseph´s older brother), splits off from the rest of his brothers, and marries a Canaanite woman called Bat-Shua. They have three sons, Er, Onan, and Shelah. Er comes of age and is married to a woman named Tamar. Er dies, punished by God for an unspecified sin. Tamar is then married to Onan, in a traditional Levirat marriage, that is, a marriage that will produce children for the deceased Er´s name. Onan refuses to honor his brother´s memory and produce children, so he too is killed by God. Shelah is not of age, so Judah sends Tamar back to her father´s house, claiming that Shelah will marry her when he is old enough, but privately he is afraid of her bad luck with husbands. Some time later, Tamar gets news that her father-in-law Judah is coming to her part of Canaan. She disguises herself, and waits for him. Judah, believing her to be a sex worker, asks to sleep with her. Tamar agrees without revealing her identity. When Judah offers to pay on credit, Tamar successfully solicits his staff and personal seal, but returns to her true identity without ever collecting the real payment. When Judah is told, as patriarch, that his daughter-in-law is illicitly pregnant, he demands to know who the father is. Tamar produces the staff and seal and Judah accepts the paternity of the twins who will be born to her, Peretz and Zerah. Peretz will go on to be a direct ancestor of King David, and therefore, of the Messiah.

What is the meaning of this strange, and brutal story? For me, Tamar´s journey is one towards agency. I´m not alone in that. Rashi thinks that Tamar sleeps with Judah because she is actively demanding a place in the family that has such a great destiny. We could view Tamar as a victim of a patriarchal society, who, afraid of her patriarch, Judah, must prove her own innocence, or at least, as the case was, Judah´s complicity. Many traditional (male) commentators remark approvingly of Tamar´s discretion when confronting Judah. She does not say publicly that Judah is the father of the twins, rather, she sends him the staff and seal. But many feminist commentators, like Francesca Littman, have remarked on Tamar´s fear that she will not be believed, as so many women and victims of systemic cruelties are asked to prove their own experiences. Toni Morrison, while discussing Racism, points out that the very nature and intention of this questioning of women and other oppressed peoples' lived experience, is itself an act of violence and theft of time. She says,

Why does Judah attack Tamar, demanding she account for her time and her so-called sexual impropriety, why does he accuse her of faithlessness? If Judah had not demanded from Tamar that she prove her innocence, if Judah and the patriarchy he represents had not threatened Tamar with death, then what might have Tamar accomplished? In our current society, many women and many communities of color, in particular in this country the Black community, have to constantly defend and justify their worth, interests, knowledge, existence and very lives. What might they be, if they could just be? Like Tamar, there is great promise and even possibly salvation in the people who have been systemically oppressed.

The questions I have are:

Was there a time when you felt, like I imagine Tamar felt, like I often feel, that you are being asked to prove something about your life or self that is self evident to you, and the demand is a distraction from work or life you´d rather be doing?

Was there a time when you may have, like Judah, demanded someone verify or prove something about themselves that may have distracted them from crucial matters? How do you think that doing that, demanding them to prove themselves, contributed to their oppression?

If Tamar deserves to be in the line of Messiah for her insistence on herself and her truth, then what relationship does hope have with self-assertion?

I´ll be thinking about your contributions all week, and please, reach out if you want to continue this conversation. I thought I would end by building more on the idea of agency, and how one can move from a victim to an active decision maker. When thinking of Tamar´s agency, we could view Judah´s accusation as not a distraction, but rather, Judah playing into Tamar´s hands. Tamar, from the moment she disguised herself, was hoping for exactly this, a chance to solidify her place in the people of Israel and produce children in Judah´s line. When he demands evidence of who she has been sleeping with, she delivers the evidence and in doing so, closes her trap. In this scenario, my question, and I´ll leave you with this for the week, especially as we approach the ending of the Joseph story, is, what is a trap? and when are they acceptable?

Atenea and her husband Mo joined our community a few years ago and recently bought a house in Mt. Airy. Atenea is a PhD student at Penn, pursuing a joint PhD in Education, Culture and Society, and Anthropology.

Atenea is Spanish for Athena, the Goddess of Wisdom. She is aptly named!
Posted by Betsy Teutsch at 6:32 PM 1 comment: