Who Counts? Why Count? Who Cares? - Irene McHenry on Parshat BeMidbar 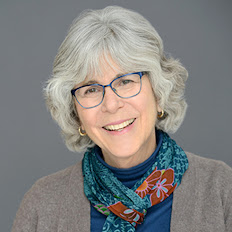 Yasher Koach to Irene on her first Davar Torah at Dorshei Derekh, June 2022

Today, as we examine parashat BeMidbar - in the wilderness – the first portion in the book of Numbers, we’ll also ponder literal numbers, and then we’ll close with a reflection on preparing for Shavuot.

So, just for fun, let’s look at where we are today by the numbers -

In the 1st portion of the book of Numbers, God directs Moses to take a census of the Israelite men, age 20 years and up, who are able to bear arms, and to count them by tribe. This first census did not count the women, the children, the disabled, the elderly.

So, what do we make of all these numbers?

This parashat raises three questions: Who Counts? Why Count? Who Cares?

First, I want to share a moment in my personal journey toward converting to Judaism. It’s a moment when I realized that I had moved from wondering “Do I count?” to knowing “I want to count,” and then taking action “to count” by joining the Jewish people.

Growing up as a Lutheran, I learned from the teachings of a world-famous Jew from Nazareth known as Jesus that where two or three are gathered together in God’s name, God is also present.

So, in my practice of Judaism, I was curious to understand the rationale for the number 10 for a minyan. Researching this, I discovered several different explanations as to why the number 10 was chosen:

God agreed to save the cities of Sodom and Gomorrrah if there were 10 righteous people.

When 10 spies returned from scouting the land of Canaan, Moses described them as an “assembly” and the same Hebrew word (eh-DAH) is used in Psalm 82, which says that G0d presides in the assembly.

These explanations didn’t satisfy me.

What led me to grock the rule of 10 for a minyan was my experience attending morning minyan and kabbalat shabbat on zoom, during the two years of the pandemic. There were numerous times when there where 10 of us on the screen, but the mourners couldn’t say Kaddish because I didn’t “count” as a Jew. At first, I felt mad about not counting when I had, in fact, shown up over and over again. The mad feeling quickly turned to sadness for myself, and especially for the persons who came to the zoom service to say Kaddish for a beloved with the support of a community.

My surprising experience of prayer in a zoom group brought connection and a sense of closeness to the others on my screen, and brought a feeling of comfort in the tradition of saying Kaddish with a community. I realized that I wanted to count! After 30+ years of exploration as a fellow traveler (I understand the new term is JBA, Jew By Association), I took action to convert.

When the 10th person shows up for a minyan, a transformation takes place. Each individual in that group of 10 transforms the group to make it complete in order to energize the power of communal prayer.

And then, I became curious about the history of women in Judaism - When did they begin to count?

Jewish women began to count in the U.S. in the mid-1950s with the adoption of mixed seating by most movement synagogues. In 1973, the Committee on Jewish Law and Standards of Conservative Judaism voted to count women and men equally as members of a minyan and women to be eligible to be called to the Torah. We women have counted for 49 years!

When could women count as rabbis? In 1972 in Reform Judaism, in 1974 in Reconstructionist Judaism, and in 1985 in Conservative Judaism.

I’d like us to note and honor the date of the 50th anniversary, yesterday, June 3rd, of a giant step for women counting in American Judaism, the first ordination of a female rabbi in Reform Judaism, Sally Priesand. In 1972 her ordination by Hebrew Union College opened the doors to over 1,000 women rabbis today who are transforming the dynamic life of American Judaism.

Counting in itself is a neutral activity. Counting is used to gather data. We can also
attribute meaning to counting, and take action inspired by counting.

We can count in sorrow and remembrance, as in burying our dead within 24 hours, the 7 days of sitting shiva, the 30-day period of shloshim.

We count as individuals, as communities, as a country, as a world in order to gather data for taking action, such as daily tracking the numbers of those hospitalized and dying from Covid-19 (now over 1 million deaths in America), as in counting the effects of war in this one hundred days into Russia’s invasion of Ukraine, as in counting mass shootings in our country (232 so far this year including 21 since the shooting at an elementary school in Uvalde, Texas)

We measure the days of our lives by counting and honoring significant dates in our individual lives and in Jewish community life.

Counting provides definition to a space and gives a structure to formlessness.

I find it ironic that the original counting in today’s Parshah was to prepare for war, and now we gather together in numbers to pray communally for peace and to take communal action for peace, justice, and a sustainable world.

One benefit of counting is to raise awareness of those groups that did not count throughout history and often don’t count currently. These groups include the elderly, people with disabilities, women, LGBTQ persons, Black lives. Each of these “left out” groups has its own history of beginning to count. How can we make it possible for each person in each of these groups to count?

How does “counting” answer these questions and move us toward action for change to repair the world?

In parashat Bemidbar, when God instructs Moses to count the Israelites, God is counting those most precious to God at that time, the children of Israel.

In any census, every individual counts equally, no one more or less than any other one. The concept of everyone counting equally relates the question of why would God be giving the Torah to the Israelites in the wilderness?

The Babylonian rabbi Rava, often cited in the Talmud, says that when people open themselves to everyone in the way that a wilderness is wide open to everyone, then God can give them the Torah.

The Sages inferred from the book of Numbers that the Torah was given in the wilderness to show that as the wilderness is free to all people, so are the words of the Torah.

Another Midrash teaches that God gave the Torah in the wilderness, so that all should have an equal claim to it.

Shavuot tells the story of God counting on the Jewish nation by giving responsibilities and obligations set forth in the 10 commandments and those laws that follow for every one to follow. Through the commandments, God counts us, cares for us, and counts on us to care for one another. The commandments are obligations that we count on each other to uphold in community.

Transition to preparation for Shavuot

The Hebrew word Shavuot translates to the English word weeks. In Leviticus, we are commanded to count the Omer each day of seven days of seven weeks from the second day of Passover, and to celebrate the fiftieth day as a holiday. We’ve been counting each special day for 49 days.

Let’s take time now to prepare for Shavuot by making space, big space in our hearts and minds for receiving Torah, to receive the mystery as we stand together, each one of us counting equally as part of the community, with humility, openness, and awe.

1. Think about how and where you want to count. What responsibility or obligation will you take up for this year to help repair the world?

2. Think about how and where we can count as Minyan Dorshei Derekh, seekers of the way. What responsibility or obligation could we as take up for this year to help repair the world, making it a better place?

Closing (after discussion) - an exerpt from R. Yael Levy’s Journey through the Wilderness –

Each of us is uniquely formed
so as to bring forth a particular aspect of the Mystery.
We give thanks for all of who we are.
We give thanks for our places in the mysterious unfolding of all creation.
We ask that our hands be open and our hearts be pure
so that our lives can be of service
and, together with all beings, we will bring forth blessing.

Posted by Betsy Teutsch at 11:52 AM No comments: