David Mosenkis Davar Torah: Parashat Bo - Hearing and Responding to the Cry of the Oppressed 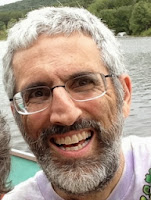 January 4, 2014
In this week's parashah we read about the 3 final plagues that finally convince Pharoah to let the Israelites leave. We get instructions for how to commemorate Passover, both the first Passover in Egpyt that very night, and the Passover to be celebrated by Jews throughout the generations. And the Israelites, along with a mixed multitude, leave Egypt.

I want to focus on a compelling question of justice raised by today's parashah, and its lessons for us today. Why are all Egyptians subject to the plagues, when it is Pharoah's stubbornness that spurs God to bring on the plagues? This sounds like collective punishment, punishing a whole group of people for the behavior of some in the group.

In the case of the last plague we are told very explicitly that God struck down all first born in Egypt "from the first born of Pharaoh who sat on the throne to the first-born of the captive who was in the dungeon" (12:29). Italian sage Sforno says that this verse means from the most guilty to the least guilty, seemingly accepting this as collective punishment. But other commentators avoid this collective punishment interpretation. Rashi claims that the plague of the first-born was a punishment for each Egyptian who particpated in the oppression of the Israelites, saying even Egyptian slaves "enslaved the Israelites and took joy in their suffering."

Another explanation attributes the collective punishment to collective responsibility. As the commentary in our Etz Hayyim says:

"Non-Israelite slaves were punished because they did not make common cause with the Israelites, saying 'let us join hands and rise together against our oppressors.' Bad as their lives were, they took perverse satisfaction in knowing that there were others even worse off."

So one way we might read the collective punishment in this parashah is to teach us about our collective responsibility to free the oppressed. The text teaches us that our responsibility extends beyond our ethnic group, and extends to all levels of power and privilege. Even Egyptians at the lowest echelons of society were viewed as responsible for the wrongs perpetrated by Pharoah, and responsible for the well-being of the minority living in their society, the Israelites.

But I recently learned another, perhaps even more compelling perspective, from the book Justice in the City by Aryeh Cohen, a Rabbinics professor formerly at RRC and now at American Jewish University. Cohen claims that the real lesson of oppression in Egypt is not compassion, but rather an obligation to imitate God rather than imitating Pharaoh. This means engaging actively to fight against oppression, rather than ignoring and distancing ourselves from it.

How does God respond to oppression? God heard the cry of the people, took notice of them, and did something about it (Ex 2:24-25, 3:7-8). How did Pharoah respond when the people cried out to him? He turned a deaf ear and made their work harder (Ex 5:15-18).

In a few weeks, in chapter 20 of Shemot, we'll read:
"You shall not wrong a stranger or oppress him, for you were strangers in the land of Egypt. You shall not ill-treat any widow or orphan. If you do mistreat them, I will heed their outcry as soon as they cry out to Me, and My anger shall blaze forth and I will put you to the sword, and your own wives shall become widows and your children orphans."

In this passage, how are we to be movivated by "you were strangers in the land of Egypt"? Following the Torah commentary of 13th century Nachmanides (Ramban), Cohen points out that merely feeling compassion for the victim ignores the 2nd half of the passage, beginning “If you do mistreat them”. Ramban points out that God always hears the cry of the oppressed and saves them from people stronger than them. The choice is to follow the example of God, who heard the cry of the Israelites, leading to redemption, or the example of Pharoah, who did not hear the cry, leading to the devastation of Egypt. Either way, the oppressed will be redeemed. But if you leave the redemption to God, you will go the way of the Egyptians.

This principle is taken up by the rabbis of the Talmud and later commentators. In a discussion over whether it's desirable to build a gatehouse for a shared courtyard, the Talmud concludes that a gatehouse is permitted only if it's easy to enter. Rashi comments that the problem with some gatehouses is that they can gate off poor people who are crying out for assistance, such that their voices are not heard. And most other commentators share this view that the potential problem with gatehouses is that they will not allow the cry of the poor to be heard. Because none of the commentators give a textual basis for this explanation, they must have considered it obvious that the ability to hear the cry of the oppressed is mandatory. Rashi uses the same word, tze'akah, for the cry of the poor, as the Torah uses for the Israelites crying out to God and to Pharoah. The rabbis seem to have internalized the mandate to act like God rather than Pharoah in hearing the cry of the oppressed.

So if we start from an obligation to hear the cry of the oppressed, what is our obligation to respond? Does our degree of connection to the oppressed matter? What about our power to help them?
The Talmud relates a story known as "Rabbi Elazar's cow". After discussing various shabbat prohibitions, the text expresses the displeasure of the sages that Rabbi Elazar ben Azaryah's cow would go out with a strap between its horns, which violated one of the shabbat prohibitions. The ensuing discussion reveals that in fact Rabbi Elazar owned thousands of cows, and that this shabbat-violating cow in fact belonged to his neighbor. So why is it referred to as "Rabbi Elazar's cow"? Because he failed to protest with his neighbor against its violating the law, and it is therefore as if he himself is responsible. "Rabbi Elazar's cow" becomes shorthand for "one who had the opportunity to protest against a wrongdoing but did not."

The Talmud then continues:


So not protesting a wrong is practically the same as doing the action. And subsequent passages show that to the rabbis of the Talmud, it didn't matter if you have the power to stop the wrongdoing or if your protest would be effective - you have a responsibility to protest even if you think your protest will not stop the transgression. The Talmud relates a striking image of Truth having an argument with God. The argument concerns whether observers of a certain wicked behavior in a story in the book of Ezekiel are themselves guilty. God initially maintains that the bystanders are righteous. Truth points out that they were able to protest and did not. God answers "It is revealed and known to me that if they had protested, they would not have accepted the protest". And Truth responds "Master of the World, though it is revealed to You, is it revealed to them?" Truth wins the argument, noting that since only God can know for sure whether a protest would be futile, mere mortals have an absolute obligation to protest.

The potential consequences of not protesting wrongdoing is illustrated in the Talmudic story of Kamtza andBar Kamtza, 2 citizens with similar names. A rich man who was friends with Kamtza but did not like Bar Kamtza threw a big party, and invited all the important people of the town except Bar Kamtza. But his servant mistakenly delivered Kamtza's invitation to Bar Kamtza. When Bar Kamtza showed up at the party, the host was enraged, and demanded that Bar Kamtza leave. To avoid public humiliation, Bar Kamtza offered to pay for his share of the food, then for half the cost of the party, then for the entire cost of the party. But the host was adamant and had Bar Kamtza physically removed. Bar Kamtza looked around, saw that all the sages of the town watched and none of them came to his support. He was so angry and humiliated, he convinced the caesar that the the Jews were rebelling, and as a result, the caeser came and destroyed Jerusalem and the Temple. As a result of the sages' not protesting, the Temple was destroyed.

So to recap the main lessons:
1. We are to hear and respond to the cry of the oppressed and the stranger, because we were oppressed strangers in Egypt, not only out of compassion for the oppressed, but to engage in God-like action leading to redemption, rather than Pharoah-like action leading to destruction.
2. We must protest when someone we know and have influence over transgresses, as Rabbi Elazar failed to do around his neighbor's cow.
3. We must protest the unjust actions even of those over whom we may not have influence.

Questions:
1. Today, how might the positive consequences of hearing and responding to the oppressed, or the negative consequences of not hearing and responding, play out for the Jewish community or for us as individuals?
2. What does it mean today to have easily accessible "gatehouses" in our living places that allow us to hear the cry of the oppressed?
3. What if protesting wrongdoing involves costs or risks? To what extent, if any, does this affect our obligation to protest
Posted by Betsy Teutsch at 2:18 PM