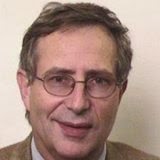 This is supposed to be one of the most important parshas of the entire megilla - to use a mixed metaphor.  But I suspect it is not for the area on which I intend to focus. In this second part, the one I will not be focusing on, the dramatic bringing of the ten commandments comes after restrictions on who could go up the mountain and the need for purity for three days before -(does that mean anything more than no sex?) In addition, the Israelites accept without questioning the commandments that Moses brings them. We could examine whether a promise of future benefits if they follow Gd’s laws is really worth much if the choice was forced on them by the dramatics of Mt Sinai.  Lawyers call that a contract of adhesion.  But that is not what I propose to discuss.

As many of you know, I have been meditating in a program organized out of the Penn Medical School for more than a decade and a half.  So several weeks ago, I have just gone through a most successful day of meditation at a four day silent retreat enjoying it, especially because of a surprise: another member of Dorshei, Richard Mandel, has appeared mysteriously and for the entire four days is sitting right across the aisle from me.

The next morning with this day of celebration (today) already on my mind, and having just finished yoga for the first time in five months, I sit down to eat my breakfast in silence across from Richard, knowing it won’t really be silent.  With gestures we joke once or twice (shanda for a group of forty plus who are supposed to be silent at all times and not interacting with anyone else.)  But I do so, and while doing so I am feeling my gratitude - in a great part for my loss of anger.  I am thinking back to the events last spring where I was disappointed by the new dean’s unwillingness to draw lines between me and others at the law school nearly a decade less than I and for most of that time well into the fall, I am angry.

And sitting across from Richard, I sing to myself, Shehecheyanu, for the fun of the comradeship of Richard,  and then as I rise to leave I sing lightly to myself, “Aleynu leshabaiach la’adohn hachol . . . “ [the end of the ending prayer of the service tributing the greatness of Gd] and I know I  have arrived at a wonderful place in my life and I think affectionately of my woman, she with that great heart and smile, and as I am retreating, knowing she is enjoying herself in London, in her week of vacation - paid for by two days of light work.

And what has this got to do with the Parsha.

Immediately, I return to my bare Quaker Retreat Center room, pull out my Chromebook and write my Jethro D’var that I am going to give. See there is some relevance - admittedly barely - and I think of Jethro and Moses - it took Moses to hear and accept the wisdom given him by a father no less. And maybe that is the relevance.  My father’s wisdom was wrapped-up in my anger, . . .  but no, the passage finds my interest more because of my career.

As a lawyer I especially know how directly tied that education Jethro gave to Moses was to every local, state and federal judicial system in our country.  A judge to hear the evidence and make a decision and another court to hear the appeal if the loser feels justice hasn’t been done.

It can all be inferred from Jethro’s wisdom to Moses and Moses adopting it.
21 You shall also seek out from among all the people capable men who fear God, trustworthy men who spurn ill-gotten gain. Set these over them as chiefs of thousands, hundreds, fifties, and tens, and

22 let them judge the people at all times. Have them bring every major dispute to you, but let them decide every minor dispute themselves. Make it easier for yourself by letting them share the burden with you.

23 If you do this — and God so commands you — you will be able to bear up; and all these people too will go home unwearied."

I am correct, am I not that one can infer appellate courts from “chiefs of thousands, hundreds, fifties, and tens” a hierarchy of lesser to higher courts”?

Jethro thus tells Moses that doing this is too hard for him and will wear him out. Instead, he suggests, Moses should appoint judges who will be in charge of smaller groups of people, and then if those judges don't know the answers, they will go to the higher judges in charge of larger groups, and if those don't know, they'll go to the higher level judges, all the way up, until it reaches Moses. This way, Moses will only get the hardest questions, http://www.chabad.org/parshah/article_cdo/aid/347711/jewish/Yitro-Roundup.htm

Is it inadvertent that Jethro has built-in the protections of judicial review so that no one human being decides - unlike in a kingship (remember the Israelites had them too) and in our time dictatorships, where all power is dictated from the top. And again I sing, this time Joan Baez, “When will they ever learn, when will they ever learn”

So the Brits took Moses and Jethro’s handiwork and added the jury system to eliminate the bias from the duke knowing the warring vassals and the apparent and maybe real fear that the duke would favor one, and here we are - except they and our forbearers forgot to build in the hook to take out Scalia and Thomas, or better from tv we might create the Gong show.  Scalia on civil rights, GONG.

(OPTIONAL: And isn’t that a bit much, we Jews from the shtetls of Europe thinking of Madison and Jefferson and Franklin and Washington as our forbearers.)

From this we can go in two different directions:  We can ask about the justice that Jethro’s system creates; Is there justice? Prisons, the new Jim Crow, filled with African Americans, multiples larger percentage wise than whites: a system short of resources so that it only works because prosecutors overcharge causing 95% to plead guilty; 6 million people whose only income is from food stamps - under $400 per month for a family of 4 or under $5,000 per year.

Are our judges - as well as our politicians - “capable [people] who fear God, trustworthy [people] who spurn ill-gotten gain?

[OPTIONAL: Or what is justice for? For a community, to allow us to live together, but then what are communities and how do communities interact, and how does one understand the beauty in differing ones?]

Another way to go is to ask about this Moses guy.  What is he doing?  He has to do it all,
15  "It is because the people come to me to inquire of God.
16 When they have a dispute, it comes before me, and I decide between one person and another, and I make known the laws and teachings of God."
We could ask the question: what is it that makes a man think he has to do it all, resolve disputes, educate the people of the laws of God and educate them to the teaching of Gd.

And we could generalize from Moses to our own lives.  How many of us think we must do it all.  How many of us live lives as slaves to our jobs? or to our children?  Isn’t that what Jethro is asking Moses:
14 "What is this thing that you are doing . . . ? Why do you act alone, while all the people stand about you from morning until evening?"
Or from verses 17 & 18:
17 “The thing you are doing is not right;  18  You will surely wear yourself out, and these people as well. For the task is too heavy for you; you cannot do it alone.”
Maybe this isn’t the right question for this group who so regularly honor the Shabbat.  But then do you “wear yourself out” on other ventures.  How do you keep life in perspective?

Or a perhaps deeper question I have been pondering? Do you need to work to make life work.  Sure, I experience times when all goes smoothly but how about those times when I find I need to control my frustrations, push through the “slings and arrows” or as my therapist put it, through the petty dramas of life.

I have my retreat community that meets twice a year for silent meditation and meets twice per month, but how do they support me when I am angry at the deans for their “unfairness,” actually for not treating me better than the rest.  Can’t they see I am “SPECIAL!”.

And of course I have our DD Shabbats once a week?  And my torah group and colleagues at work and a few from that law firm that went caput.

What about you? How do you keep life in perspective so that many days if not everyone you can say or sing to yourselves: Shehecheyanu?

I have my family and friends as the greatest witnesses to my life: Mikc and Cam here and my older brother, Mark, our children, R &  S and the ultimate one, H - who knows how crazy I really am,

Or a relative who, creating his own wealth, shares so his younger bro can live his dream of continuing to teach:  yes, today I am  60 years past a fountain pen, and for this day and this time,  sometimes dreams really do come true.

My questions are many and knowing me you would not be surprised to know they are mainly personal, how to live life?  You could chose to comment on Jethro and justice, but mine are more directly personal. Who are your supports? How do you “use” them?  What are your communities? What does it mean to be a friend?  Do you say, “She never writes nor calls but she will be there if I call and need her.”  Is that really the definition of friendship. [OPTIONAL What are friendships? What makes community?]  How hard do you have to work to make life work? How do you get rid of anger? Do you work at it and then one day its gone - and you don’t know how or when or why? Do you feel you have to do it all? Are you a slave to work or any other passion or hang-up? What gets in the way of your singing Shehechianu every day? Multiple times a day?

CONCLUSION
Why are we here: Einstein says it best: we are here for the smiles of those on who we depend. and hopefully we give back so they continue to smile.

[OPTIONAL Story of ESPY winner Suart Scott:
“When you die, that does not mean that you lose to cancer. You beat cancer by how you live, why you live, and the manner in which you live.
“So live. Live. Fight like hell.”]

And remember: Do not regret growing old; it is a privilege denied many.

What shall we sing as we stand and grasp each other arm and arm? Shehechiyanu, Oh Se Shalom, or We shall overcome.

Posted by Betsy Teutsch at 6:58 AM