Mark Pinsky on Parshat Vayechi: Hope & Faith After There is an After 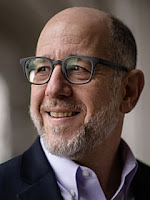 Parashah Vayechi: Hope & Faith After There is an After

My thoughts today on parashah Vayechi go to the hopes of the Israelites at the end of the parashah, after Joseph died, and what they might teach us about our own hopes and faith as we start the new year.

In 2020, “Hope” became a focus at Dorshei Derekh, inspired by Bobbi Breitman’s powerful call to action. Hope helped us see a different and better time and believe we could get there.

In fact, hope is on the rise in America. According to a new Axios public opinion poll out this week, “63% of poll respondents said they’re more hopeful than fearful about what 2021 holds in store for the world, while 36% said they’re more fearful.” This is a significant improvement over the prior Axios poll, when 51% were hopeful and 48% were fearful.

It is tempting to explain the rise in Hope by the election of Joe Biden, but the data don’t back that up. Remarkably, what is lifting our hopes is COVID--apparently, our can-do attitude that we will prevail over COVID.

To keep it in context, however. Axios headlined the story, “America Hopes 2021 Will be Less Terrible.”

And while nothing in our lives during COVID gives us easy beginnings or decisive ends, we binge-watch mini-series, re-watch movies with their prequels and sequels, and take comfort in the orderly resolves of Hollywood endings.

Vayechi delivers a great Hollywood ending to a great melodrama, the story of Joseph. The parashah, which begins with Jacob’s final moments, ends neatly with Joseph’s death, the final scene in the book of B’reishit and, profoundly, the final curtain on the story of our Patriarchs.

Before Jacob dies, he blesses his grandsons Menashe and Ephraim and then blesses his 12 sons--if you can call his critical assessments “blessings”--to make the 12 tribes of Israel. He makes Joseph swear to return his body to the Promised Land so he can rejoin Abraham and Sarah, Isaac and Rebekah, and Leah. Of course, Joseph does so with help from his brothers and Pharaoh.

Returning to Egypt, Joseph reassures his brothers he has only good intentions and explains that God is with them, through him.

“Do not be afraid,” he comforts them. “For I am in the place of God. Even if you meant to do evil, God meant it for good, in order to bring about what is at present, in order to keep a numerous nation alive. And now, do not be afraid. I will provide for you and your children.”

Later, as Jospeh lays ill, he sketches in light strokes that the “numerous nation’s” destiny is in the Promised Land:

“I am dying,” he says. “And God will surely remember you again one day and bring you up out of this land to the land which God swore to Abraham, Isaac, and Jacob.”

Finally, echoing their father, his confidence waning with his breath, Joseph asks his brothers to return his body, too, to the Promised Land. “If God will remember you again one day, then you shall bring my bones up from this place.”

I have to tell you now that I struggle with Hollywood endings. Inevitably there is something facile in their solutions, some point at which the story conveniently overtakes the true meaning. If that sort of ending gives us hope, too often it’s false hope.

Studying Vayechi, I found myself focusing on the questions that are not answered, the tensions that are left unresolved, and the parts of the story around Vayechi that we cannot see or know. There is a big gap--maybe even a 430-year gap--between the end of Genesis and the first major action in Exodus. I am interested in what happened during that time between Genesis and Exodus because I want to know what the surviving Israelites experienced, felt, and thought.

What gave them hope? They kept their faith without living patriarchs or Torah. How?

Adina Abramowitz has taught us to recognize the time, in the words of Rabbi Arthur Waskow and his children David and Shoshana, “before there was a before.”

Vayechi raises for me questions about what goes on with and to and among the Israelites in the time “after there is an after” … after the Israelites mourn the loss of Joseph …  and before there is the next “before” … leading to the birth of Moses.

We don’t know whether the surviving Israelites understood what it meant that the Patriarchy had ended. Did that scare them? Did it cause a power struggle? As Sheila said eloquently last week, the Patriarchy produced a historically dysfunctional family.

What did they make of Jacob’s blessing of Menashe and Ephraim? Were Joseph’s brothers resentful? Distrusting? What did it mean to them that Jacob favored the younger, Ephraim, over his elder brother? We know they regretted what they had done to Joseph. I imagine they remembered that Jacob had outmaneuvered Esau since we know there are no family secrets in this story. What had they learned?

What did they make of Joseph’s promise that "G‑d will surely remember you, and bring you up out of this land to the land which he swore to Abraham, to Isaac, and to Jacob”? Did they hear self-doubt in Joseph’s words?

How did they fear what the loss of Joseph (who was providing for them) would mean for them, their families, their tribes, and the Israelites? Without Joseph, Egypt ran differently.

Did they foresee the troubles ahead in Egypt? Did it occur to them that Joseph could not say WHEN they would return to Canaan or HOW? Surely that was on the Israelites’ minds--when to pack up to return to Canaan … to emigrate?

And how did they recall the conditional nature of Joseph’s request--“If God will remember you again one day, then you shall bring my bones up from this place,” he said. “If.”

I don’t know about you, but I would be feeling pretty nervous. I imagine the Israelites felt their faith and hope tested... Perhaps as WE do NOW. We live suspended in an uncertain and indeterminate present.

We are living in a time that is “after many afters” and “before many befores.”

With each moment we experience the amorphous time after COVID-19 took control of the world as we knew it and before the time we will conquer it.

Each of us in our own ways has sensed the fact that COVID-19 is a species-changing event, as I heard Ameet Ravital say a few months ago, and yet we must make decisions and choices about our futures before we know how different life will be after the pandemic.

We watch in unsettled anxiety after the 2020 Presidential elections and before we know...

-       Whether Donald Trump will assault the Constitution one final time by refusing to leave office; and,

We wake up each day knowing that Climate Change has us descending quickly toward an unsustainable future, hoping that we can help produce systemic changes in how the world runs, fearing what will happen if we do not.

And we go about our lives after we have recognized that racial and other structural and systemic injustices define our world … and before we know how to be part of the healing or what life could be like when we are.

So what helped the Israelites find the hope and keep the faith to carry them across the narrow bridge that links the time after the last “after” in Genesis to the time before there is a new before in Exodus?

Of course, they remembered the Patriarchs, Joseph and his brothers delivered Jacob’s body to the Cave of Machpelah, and the Israelites delivered Joseph’s body--eventually--to the Promised Land.

The complex and perplexing sequence of Jacob blessing his grandsons before he blesses his sons seemed to give them faith and hope, too--as it gives us hope and faith still.

First Jacob claimed the boys as his own, telling Joseph, “Now, your two sons who were born to you in the land of Egypt before I came to you in Egypt, shall be mine; Ephraim and Manasseh shall be mine no less than Reuben and Simon.”

Jacob claims them as his lineage apparently to cast the Patriarchal lineage and the covenants the Patriarchs made with Adonai beyond, or after, Joseph. “In them may my name be recalled,” Jacob explains, “And the names of my fathers Abraham and Isaac.”

And then Jacob blesses his sons.

In a sense, Jacob passed on hope through his sons that the nations of Israel would continue what God had promised the Patriarchs. And he passed on faith through his blessing of Ephraim and Menashe and the Matriarchs, a weekly reminder that God was with the Israelites just as the Shechinah is with us as we enter 2021.

In the final cut, as good as Joseph’s story is, you can look at Joseph ultimately as a transitional character in it--as we all are in our own stories. If Adonai caused Joseph’s brothers to do wrong so that they would all get to Egypt, you might wonder if Adonai needed Joseph so that Jacob’s blessing of Ephriam and Menashe would sustain our faith after ever after.

-       What gives you hope and what sustains your faith as you prepare for the time “after there is an after” in our pandemic world? In our government and our nation? In our environment? In our society?

-       Did your parents or your grandparents give you something to carry across your lifespan so that the descendants of yours that you will never know will keep their faith?

My grandfather--my father’s father--always told his 12 grandchildren, “It’s deyn America”--”It’s YOUR America.” The older grandkids heard it as a judgement on their lifestyles and choices. The youngest of us, however, took it as a call to social action and civic responsibility. Shroyal, as everyone called him, still is a source of hope and faith for me, though he’s been gone almost 48 years.

In his memory, I want to report that peaceful transitions of power DO still happen.

Congratulations to Beth, who has cycled into the role of Outgoing Coordinator. Beth’s trust, confidence, and skills led us through tests in 2020 we never could have imagined.

I am sure we will all rally to support Ruth Loew, as she becomes Coordinator, and Mike Gross, as he joins the Mazkirut. Dorshei could not be in better hearts and hands.

Last, I want to thank everyone in our community for the kindness, support, and love you have shown me in my three years on the Mazkirut. I am grateful beyond words to you all.

Posted by Betsy Teutsch at 7:57 PM