Dorshei Derekh Gets a Social Action Shout Out

Sue Fishkoff included Dorshei Derekh, along with a number of other Jewish communities, who have integrated social justice tie-ins to Purim in a JTA article.  DD alum Leah Staub is there, too! 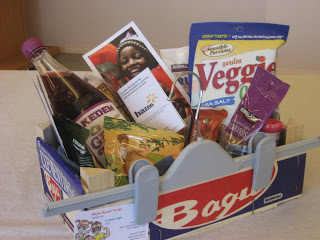 Turning Purim on its head with social action instead of drunkenness

By Sue Fishkoff · March 14, 2011
Or is it?SAN FRANCISCO (JTA) -- Purim is about costumes, outrageous Purim spiels and drinking until you can’t tell the difference between Mordechai and Haman, the hero and villain of the Purim story.
A number of American synagogues and Jewish organizations are eschewing, or at least downplaying, the drunken revelry to focus more on the socially conscious aspects of the holiday, which begins on Saturday night.
“I’ve always hated the drunken side of Purim,” said rabbinical student Ilan Glazer, spiritual leader of Conservative Temple Beth El of North Bergen, N.J., which will hold an alcohol-free Jewish comedy festival this year on Purim afternoon. “It seems counter to what we try to teach our children about the Jewish tradition.”
The most widespread alternatives involve “mishloach manot,” the mitzvah of giving food baskets to friends, and “matanot l’evyonim,” the mitzvah of giving to the needy.
In New York, the Israeli Consulate is teaming up with City Meals on Wheels and the Netanya Foundation to deliver meals to the homebound elderly, complete with “Happy Purim” cards decorated by children in Netanya, Israel.
Ahavat Olam, a progressive synagogue in Vancouver, British Columbia, is joining with local Muslims to prepare a meal for 300 to 500 hungry and homeless people as part of its ongoing Muslim-Jewish Feed the Hungry Project.
In Philadelphia, the Reconstructionist Dorshei Derekh Minyan at the Conservative Germantown Jewish Center raises money for collective mishloach manot baskets that are assembled at the synagogue building. Minyan attendees each get one basket of goodies instead of one for each purchased, so the bulk of the funds, about $1,200 a year, goes to local nonprofits. Other synagogues use the same method to raise funds for themselves or other causes.
You can read the whole article here.
Sue Fishkoff writes about Jewish life for the JTA and is the author of the 2010 book "Kosher Nation."
Posted by Betsy Teutsch at 10:24 AM