Thanks Beto and Nina for the Queenitinis and Mordchaeritas!
Thanks to PurimMeister David Mosenkis, featured below.  Thanks Aviva for the videography. 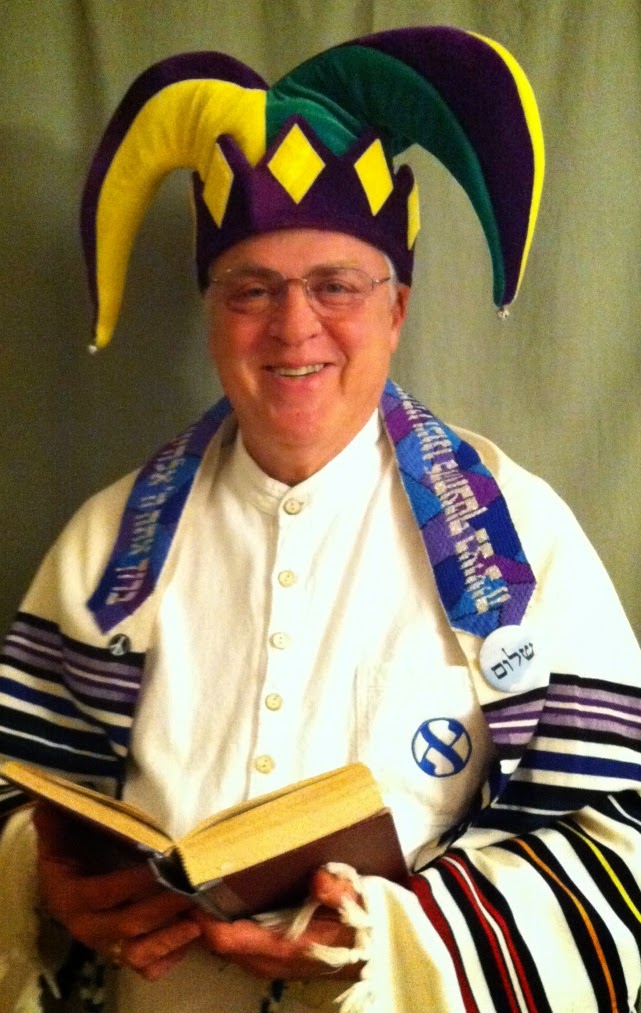 Here's the Pew Shmew Report:
We want to share some interesting, potentially impact findings from the recent Pew Shmew Report.  The 377 page document is too long to read tonight, but here are 2 of our highlighted finding:

1. We have discovered vast underreporting of mixed religion households. It turns out that NJPS failed to inquire about the religions of household cats and dogs, and virtually none of them have Jewish mothers or have gone to the mikvah for conversion. Many are clearly philo-semitic, however, as evidenced by their willingness to eat hallah after the motzi on Shabbat and holidays. Many households that were reported as completely Jewish clearly are not, and this has created a particularly large scandal in the modern Orthodox community. We are now waiting for the Satmer rebbe to explain how you get a cat to immerse in a mikvah.

The impact of shopping at the coop on Jewish/Jewish couples is less, when we control for that variable, but that could be because marrying a fellow Jew raises gluten tolerance. Or is there possibly some other effect we haven't isolated at work here?  Since Jews have a higher level of lactose intolerance, perhaps intermarried Jews don't want to feel left out?

What does gluten intolerance mean for the Jewish future?  27% of gluten-free intermarried same-sex couples also belong to the coop.  What accounts for this difference?  Do gluten-free Jews tend to intermarry more because they can’t eat motzah balls?  Or is something that makes them gay also make them gluten-intolerant, some sort of genetic marker?  Does gluten tolerance increase tolerance for the opposite sex, perhaps?

A word about our methodology.  We called everyone we could think of from the minyan list and added a few people from Masorti and the Charry for a weighted randomized sample.  No one answered their landlines.  We left a lot of messages.  Some informants texted us.  We interviewed people at Weavers Way while in line on Friday afternoon, and presumed than any intermarried Jews not buying challah were gluten-intolerant. We then generalized from our findings, and there you have it.   That it for this Pew Shmew report.