Richard Stern's Davar - Parashat Vayikra: An Atheist Jew Comes Out of the Mishkan 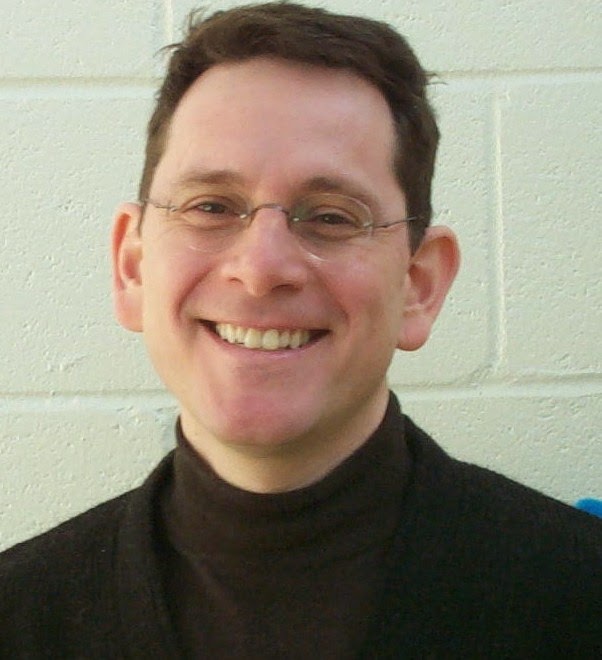 “And [He] called to Moshe and God spoke to him from the Tent of Meeting.” And there follows for much of the Book of Leviticus, rules for the precise ways in which various sacrifices, rites, and laws, for various members of society, should be executed. A number of commentators, including Rashi and Ramban, have noted that the subject of the verb “to call” is implied; the one who is doing the calling is not explicitly stated. No speaker is specified until the second verb (“and God spoke”). In English, the literal translation is something like: “And there called to Moshe and there spoke god to him.”

The 19th century German Jewish commentator Samson Rafael Hirsch argues that the uncommon syntax of this sentence is there to specify a transcendant god – to make clear that “when God spoke with Moses, it was indeed the word of God addressed to Moses by God Himself… [not something] emanating from within Moses himself.” The Hassidic commentator Rabbi Menachem Nachum of , in his text Me'or Eynayim, also notes that “He called” is written “anonymously,” without explicitly declaring who is speaking. But here the text also notes that Vayikra is written with the minature aleph, because the spark of god, the cosmic aleph, is present within each of us, in a reduced and anonymous form. “When you go to commit a sin and god prevents you from doing so by some means, that is god speaking to you,” the text reads. So Reb Nachum of Chernobyl is arguing for an immanent god.

I want to encourage us today to consider the risks of believing in any god, whether transcendent or immanent.

First, a little background. I am a ritual-loving Jew. I have been a (mostly dues paying) member of this minyan and of GJC for over 20 years. I met my wife here, my son is an ECP veteran and now in the religious school here, and bsha tova he will celebrate his bar mitzvah here. Through much of my adult life we I’ve constructed with you all, in shul and in our homes, rituals drawn from the stunningly beautiful fabric of our continually evolving Jewish tradition. I love being part of that ongoing conversation, that meaning-making process with you. And as part of my Jewish practice, I have been studying in chevurta with Reb Shai Gluskin for the past 2 years about ritual and holiness in Torah, Talmud, and liturgy.

The only problem is: I don’t believe in god.

I’m coming out today, stating my beliefs and feelings in the most public way, because I am aware of the power of coming out, as a way to build genuine community, empower us, and break down shame, exclusion, and hiding. We Jews intimately know the pain of hiding, the crush of assimilation; in many ways even we identified lot operate at times as crypto-Jews. I’m coming out because I want to declare that my love (of the world and the Jewish people) is good and authentic. So I am a proud and out ritual loving Jewish atheist!

Nu, how is it that I enjoy and engage in some ritual, minhag, and mitzvot? Because it’s clear to me that we humans are deeply hardwired to operate in part on the level of emotion, archetype, and tribe. We operate on many levels at once, so I revel in that.

You might ask, “why don’t you go to the folkshul, with the other heretics?” The answer is that I belong (literally and figuratively) here at Dorshei and GJC. Having a sense of place here, walking here, in my own neighborhood, is very precious for me. I am here to be with my tribe, to engage with my people, to sing with my clan, to resonate with my friends. I love singing with you; resonating together connects us to our ancestors and to each other.

I want to be clear. I am not an agnostic, but a machmir atheist. I don’t believe in any god, whether transcendent of immanent. Though it’s technically impossible to prove a negative, the way I think about it is: I am as sure that there is no god as one can be of any negative statement, as confident as that Zeus, and Santa Claus, and ghosts do not exist -- (except in our imaginations, as archetypes, where they are very powerful). Saying Ruach Ha-Olam is better than Melech Ha-Olam, but it still wrankles.

Fortunately (?) my Hebrew is poor enough that I understand very little of the prayers and psalms I am chanting. I try not to look too hard at the translations, because they give me the willies for the most part. I am most comfortable with a niggun, or the yay day day part of any prayer.

I’m searching for a way to be honest and in integrity while reciting these god-oriented prayers with you all. And I find myself being curious about how others are praying.  I know for most of us, attending shul is a work in progress; I’m hoping our conversation today will allow any others who choose to come out a little about how we are doing shul and life.

I find myself getting a little scared raising this taboo subject. So, I remind myself that this sort of discussion about the interplay among the god of the bible, the god of prayer and the rabbis, and the god of modern times – that god-wrestling discussion -- is profoundly Jewish, and very much within our tradition. So I am calling on the spirit of Yitzchach Aveenu, Rambam, Spinoza, and Kaplan, as well as Freud and Sherwin Wine.

And I profoundly appreciate that in most congregations around the world, I’d have no standing to even discuss this blasphemy.  I am deeply moved and grateful for and proud of your listening. This is great credit to Dorshei.

So back to the risks of god. Vayikra: “He called,” -- believers and activists of various stripes say “I was called to do such and such.” Called by whom? What’s the difference between saying on the one hand: “I was called (implying by a transcendent or immanent God)”; versus on the other hand saying “I followed my gut instinct or what I thought was ethical, and I chose?” For starters, the passive voice smacks of Nixon cronies saying “mistakes were made” – instead of accepting personal responsibility for their actions. My view is: use an I (or a we) statement!

The way I see it, we converse with ourselves, or we converse with other humans – and not with any actual gods or spirits, whether external or internal. I am suggesting that believing that we are speaking to a god that exists independent of us can diminish the quality of our listening and talking to ourselves and to our peers, and ultimately make us less ethically responsible to ourselves and to one another.

In my view, we can influence some things in life, and other things we can’t; the power we small beings have is certainly limited. My worry is that saying that a transcendent “god (or a devil or angel) told me to do it,” -- offloads the limited power and responsibility we do have. Even the immanentist, god-within version of this – such as “I felt the spark of god within” or the new age versions of this, such as “I felt the spirit saying” – are betraying the thinly veiled supernaturalism that seems to be lurking, for me at least, in any god language.

I find myself worrying that admitting any god makes the world safe for Pat Robertson, and so many other fundamentalists who fail to take responsibility for their views and actions by claiming that god is on their side or within them. I think it’s more powerful and ethical of us to say, “when I do something, or interpret scripture this or that way, it is I who do it, influenced deeply by my interconnectedness with the web of life – not by “god (or a spark of god), or Yetzer Tov or Yetzer Hara.” The risk is that by empowering a non-existent entity, we disempower ourselves: we give up some of our responsibility to act justly and morally in the world.

We know that we don’t need god to be ethical. There is abundant evidence that a moral instinct is a hardwired inborn organ of the human mind. Like language, the organ must be nurtured to mature and blossoms based on the surrounding culture; but the fundamental structure – like the language instinct – is there at birth.

As contemporary scholars Baruch Levine and Everett Fox suggest, a lot of Leviticus, even much of torah as a whole, is about forming the people -- partly by designating us as distinct from our ancient Near Eastern neighbors. We contrast ourselves with other groups by the god we worship; and via how that god commands us to do holiness, sacrifice, kashrut, purity, and justice. Throughout Leviticus, the Israelites are forbidden to follow the impure ways of other nations or to worship any other deity (e.g., Molech, Baal, or “ghosts and familiar spirits”).

In my view, a lot of this is about our proclaiming that “our god is better than their god!” We practice this way, and not that way like our neighbors. John Haidt, a moral psychologist in the tradition of Piaget and Kohlberg, demonstrates how our ethical, religious, and even our political beliefs, rituals, and practices bind us -- but also blind us. They bind us together in groups; they are the engine of group identity and community; but our moral stances and our group identities also blind us to the humanity of other groups.

Ultimately, the risk, I think, is that we can make an idol of even our god. In some ways, we Jews take proper credit for monotheism, for paring down the number of gods from many to one. Our ancient ancestors brilliantly saw the risks of idol worship. And Maimonedes wrote of paring down the concept of god, from the god of biblical sacrifice to the god of prayer. Likewise, many of us moderns, including reconstructionsists, have again pared down the concept of god, excluding elements here and there of the god of the bible, the white bearded man in the sky, the petitionary god, the vengeful or merciful god. Perhaps the natural evolution of the radical Jewish view of montheism is to continue paring down god until we get to zero. If we are genuinely seeking god, trying to connect with the ground of all being, the source, we have to embrace that there may not be one. Perhaps all gods, including ours, are idols.

So, with the kavanah that I’m searching for a way to be honest and in integrity while reciting these prayers with you all, let me kick off the conversation with 3 questions. And beezrat hashem (god willing), we’ll be able to listen deeply to one another:

1)      Is there a way in which we are complicit with supernaturalism simply by reciting these prayers?
2)      Are we at risk of making an idol of god?
3)      Do we need god to bind us together as a group and keep us moral?

You can click here for a longer and more in depth version of this dvar.

To respond personally to Richard: sternpsychology at gmail.com

Posted by Betsy Teutsch at 8:32 AM