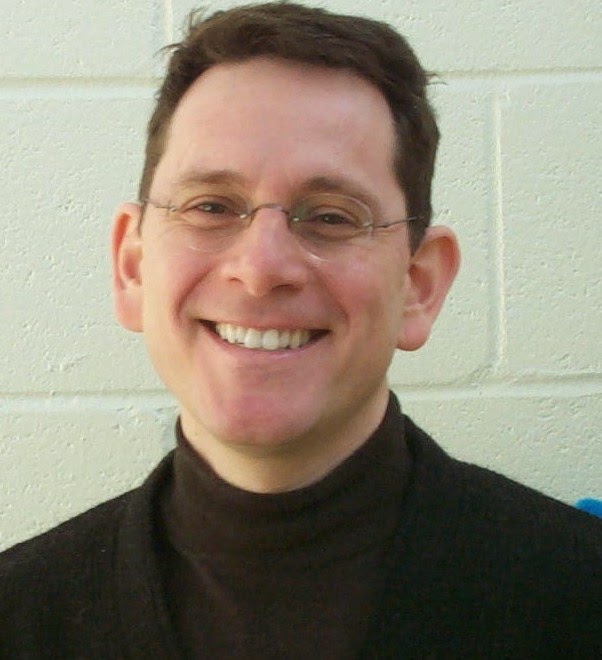 We have just read the story of the Binding of Isaac. I want to focus on an inherent tension within that text: In both preparing to slaughter and in ceasing from slaughtering his son, to what extent is Abraham acting on his own, and to what extent is he acting at the direction of god or an angel? When Abraham “is called” to slaughter his son and also when he stops, who is doing the calling, the listening, and the acting? In some ways this is the bind that Abraham -- and all of us -- are in. Who has the authority and responsibility?

Both poles of this tension, and all the points in between, are part of our tradition. We can read the story as god calling Abraham, guiding him, ordering him, practically moving his muscles for him; or at the other extreme, we can read the story as Abraham struggling within himself, perhaps in the form of voices or inclinations in his own head. Even if Abraham were seeing and hearing an external force, how does he decide whether to comply -- which is god and which is some devil? In my view, it is Abraham who must decide.

The Yamim Noraim are perhaps most primarily about this question: which of our actions over the last year are sins, and to what extent are we responsible for them? If we have missed the mark, to whom must we make amends: To people (ben adam l’chavero) or to god (ben adam l’makom)?

While the concept of sins against people makes perfect sense to me, I find myself struggling with the very notion of sins against god. What does it mean to be responsible to god, to owe something to god, to require forgiveness from her? In my view, all of these notions can be false idols that risk diminishing our individual and communal responsibility for our own actions, and make it less rather than more likely that we can adequately and productively atone.

We, as individuals and collectively, are responsible for our actions – we must decide whether the voices we hear are unconscious parts of our own minds versus from some external source -- and whether they are for good or bad. The way I see it, we converse with ourselves, or we converse with other humans – and not with any actual gods or spirits, whether external or internal. I am suggesting that believing that we are speaking to a god that exists independent of us can diminish the quality of our listening and talking to ourselves and to our peers – our t’shuvah and tzedakah -- and ultimately make us less ethically responsible to ourselves and to one another. Perhaps, claiming to listen to god, or that god has a plan, or that god says to do it this way versus that way, could make it harder rather than easier to truly atone.

As you know, the traditional reading of the Akeda is of god commanding Abraham to sacrifice his long awaited and beloved son, as a way of testing Abraham’s faith. In this reading, the god character sends his angel to stop Abraham only after god sees that Abraham is willing to go through with the sacrifice. However, a number of commentators in our tradition have offered readings of the Akeda that highlight Abraham’s responsibility for his own actions, and downplay the role of the god character in the story.

For example, Rabbi Yosef Ibn Caspi, a 14th century Spanish commentator, wrote that Abraham's own "imagination" led him astray, making him falsely believe that he had been commanded to sacrifice his son.

And it has widely been noted, perhaps first by Rabbi Joseph Herman Hertz, that child sacrifice was the ethical norm, a duty of the pious among ancient Near Eastern peoples. Perhaps most centrally, our tradition has repeatedly asked, “by what authority does Abraham follow the angel’s command to spare Isaac, rather than god’s command to kill him?”

Based on evidence from the “documentary hypothesis,” which analyzes the various authors who contributed to Torah, a number of modern scholars have focused on the fact that an angel appears twice to Abraham: first to stop him from sacrificing his son and next to reward him for his faith. Many argue that god’s original command and the two angelic appearances were composed by different authors at different times, each to put a particular spin on the story. A reading by contemporary scholar Omri Boehm suggests that the original version did not contain verses 11 and 12 (in which the angel tells Abraham not to slay his son), but that these verses were added later.

On Boehm’s reading, in the original version of the Binding (most probably written by the author E), Abraham disobeys and defies the command from the god character. That is, Abraham sacrifices the ram “instead of his son” (v.13) on his own responsibility and without being stopped by an angel. Here, without verses 11 and 12, the story reads: "And Abraham stretched forth his hand, and took the knife to slay his son (verse 10); but Abraham lifted up his eyes and looked and there, behind him was a ram, caught in a thicket by his horns; and Abraham went, and took the ram, and offered it up as a burnt offering instead of his son " (verse 13). Boehm’s theory is that by interpolating the first appearance of the angel, a later redactor shifted responsibility for halting the slaying from Abraham to the angel (v. 11–12); and, due to that shift of responsibility, the second angelic appearance (v. 14–18), in which Abraham is rewarded for his obedience, became necessary.

So this theory suggests that the angels were added into the story at a later time, perhaps to give the god character a righteous and central role. That is, there is some evidence very deeply inherent in the Akeda that Abraham himself, and not the god character or her angel, can be seen as responsible for the impulse both to slay and not to slay Isaac.

The Risks of Believing in any god
Some background: As most of you know, I am a proud and out, ritual loving, machmir atheist Jew. As part of my practice, I have been studying for the past 3 years in chevruta with Reb Shai Gluskin, chiefly about the role of god in torah, prayer, and modern life.

So I am encouraging us today to consider the risks of believing in any god or angel, whether our own or those from other traditions.

As you know, this sort of god-wrestling discussion -- about the interplay among the god of the bible, the god of prayer and the rabbis, and the god of modernity -- is profoundly Jewish, and very much within our tradition.

The Akeda is a deeply uncomfortable, disturbing story. I believe it’s a credit to our tradition that we have chosen to make this challenging segment of Torah a central reading during the High Holidays. I love that our tradition has such a brave willingness to engage with tough core issues.

In my view, the power we small beings have is certainly limited. Surely there is great value in recognizing something larger than ourselves, in our seeing ourselves as part of the deeply interconnected web of life. There are dangers in imagining that we humans have more power than we do. My worry is that saying that a transcendent “god (or angel) told me to do it,” -- offloads the limited power and responsibility we do have. Even the immanentist version of this – such as “I felt the spark of god within” or the new age versions of this, such as “I felt the spirit saying” – are betraying the thinly veiled supernaturalism that seems to be lurking, for me at least, in any god language.

I find myself worrying that admitting any god makes the world safe for so many fundamentalists, who fail to take responsibility for their views and actions by claiming that god is on their side or within them. I think it’s more powerful and ethical of us to say, “when I or we do something, or interpret scripture this or that way, it is I or my community who do it.” The risk is that by empowering a non-existent entity, we disempower ourselves: we give up some of our responsibility to act justly and morally in the world.

Abraham's Bind
So we can read the Akeda as less about God testing Abraham’s faith, and more about Abraham’s struggle within himself. Perhaps, the larger truth is in the paradox that Abraham wants both to kill and to protect his son.  Indeed we are wired with both the impulse for killing and the impulse for protection/attachment, and these impulses can generate a struggle within us. The Akeda, in the magical way that myth can, resolves the paradox by integrating both elements into the plotline. The English word bind, you’ll note, comes from the same root as the word “bond,” which can mean both a shackle (as in slavery) and a life giving connection (as in the parent-child attachment bond). Perhaps it is Abraham, and not Isaac, whose bind arises and is resolved in the story.

Binding and Blinding
In my view, a persistent theme in torah is our proclaiming that “our god is better than their god!” We practice this way, and not that way like our neighbors. As contemporary scholars note, we contrast ourselves with other groups by the god we worship; and via how that god commands us to do holiness, sacrifice, kashrut, and purity. John Haidt, a moral psychologist in the tradition of Piaget and Kohlberg, demonstrates how our ethical, religious, and even our political beliefs, rituals, and practices bind us -- but also blind us. They bind us together in groups; they are the engine of group identity and community (which is one of the reasons religion and tribal affiliation are selected for by evolution). But our practices and observances and our group identities also blind us to the humanity of other groups, and can lead us to condescension, xenophobia, and externalizing blame – sins we will soon address in the Al Chet.

Ultimately, the risk, I think, is that we can make an idol of even our god -- even the “universal” Reconstructionist god. In some ways, we Jews take proper credit for monotheism, for paring down the number of gods from many to one. Our ancient ancestors brilliantly saw the risks of idol worship. And Maimonedes wrote of paring down the concept of god, from the god of biblical sacrifice to the god of prayer. Likewise, many of us moderns, including Reconstructionists, have again pared down the concept of god, excluding elements here and there of the god of the bible, the supernatural god, the petitionary god, the vengeful or merciful god. Perhaps the natural evolution of the radical Jewish concept of monotheism is to continue paring down god until we get to zero. If we are genuinely seeking god, trying to connect with the ground of all being, the source, we have to embrace that there may not be one. Perhaps all gods – even our own -- are idols.

So the reading of the Akeda that inspires me most is that in shifting his focus off of Isaac and onto the ram, in seeing the ram, in defying god, Abraham is acting in his capacity as the original idol smasher, described in midrash. This is the Abraham that I revere.

In order to continue this discussion after today, I am starting an atheist and questioning discussion group, right here at GJC. Please contact me if you are interested.

Omri Boehm, The Politics of the Binding of Isaac, The New York Times,

To respond personally to Richard:

Posted by Betsy Teutsch at 5:03 PM